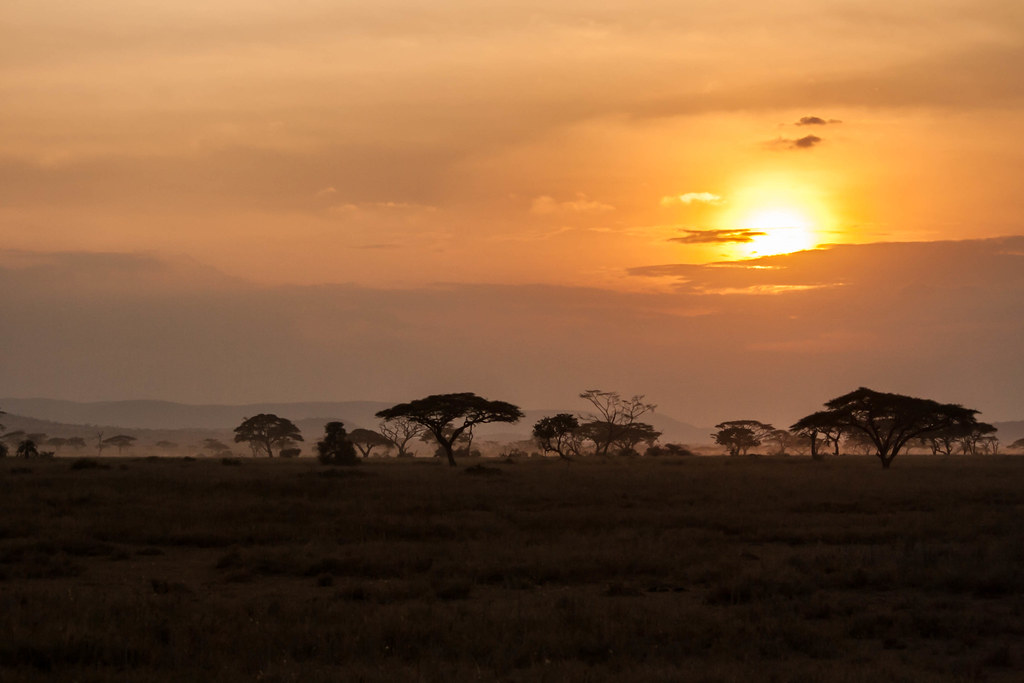 Inspirational Images:
The Bayan Plateau is a savanna region on the continent of Lucedar. Its climate is sweltering year round, though it does have a brief break during the rainy season early in the year. The Plateau is dotted with simple villages and has a wealth of wildlife and flora.

These subzones may be claimed by packs!
Cape Asli
This area is where the Bayan Plateau meets the sea. The terrain is rocky with low-to-ground plant life and few large animals. However, the sea is rich with food sources and the cliffs along the beach are dotted with caves that can make a suitable dwelling.
Maijani Depression
A lowland formed by volcanic activity, this caldera is the most lush and vibrant area of the Bayan Plateau. It is surrounded on all sides by a rocky rim that makes it difficult for newcomers to get in or out.
Gurubatu Gorge
This enormous ravine hosts a semiarid climate that ensures only the strong survive. With little vegetation, most of the prey here is small except during migration season, where large herds of beasts brave the ravine to get to more lush grazing.
The Auric Expanse
Making up most of the Plateau, the Auric Expanse is a massive savanna that supports all sorts of plant and animal life. A network of rivers is the lifeblood of this land, though many dry up during the dry season.
Mount Atanwe
The tallest mountain on the Plateau is actually a dormant volcano. A cloud forest covers the lower reaches of the mountain. The terrain becomes more rocky and barren at higher elevations, though there are those who will brave it in order to reach the summit.

Tor Aule has been part of the Bayan Plateau for longer than the area had that name. Some folks say he was a powerful god of the land, but was hunted by the Empire. Cornered and dying, Tor Aule acted in desperation and bound his life to the land, so that when he fell, he became one with it, denying those that hunted him any reward for their efforts as his body became nothing more than stone and earth. It was a long time before he woke again, and by then he had been forgotten by those who once revered him. No one living now remembers what he was called before; maybe if someone did, that missing piece of him might come back.

The Art of Stillness

Anhu says:
"There is much to be learned from ancient lands such as these. You'd be surprised what you can learn just by being still and watching life continue on around you."

Depict your ketucari peacefully enjoying the scenery of the Bayan Plateau. They can be napping, observing the environment, interacting (non-lethally!) with the native fauna, or whatever else you can think of!