Plumage is a small accent gene that can appear anywhere in the feathered areas of a ketucari. However, it should create patches of color rather than patterns. Plumage can use up to two colors, and may be any color. Plumage can be hard-edged, soft-edged, or fully blended out.

For instance, plumage could be used to color the head of a ketucari and the throat, or add a patch of color on the top of the head and the tail. Care should be taken to make sure it does not closely mimic hued or dusky points or frill-- a good way to do this is to ensure that the plumage occupies areas outside of the range of those markings.

The red face and chest of this house finch (Haemorhous mexicanus)
( By John Benson from Madison WI - Another House FinchUploaded by snowmanradio, CC BY 2.0, https://commons.wikimedia.org/w/index.php?curid=18690313 ) 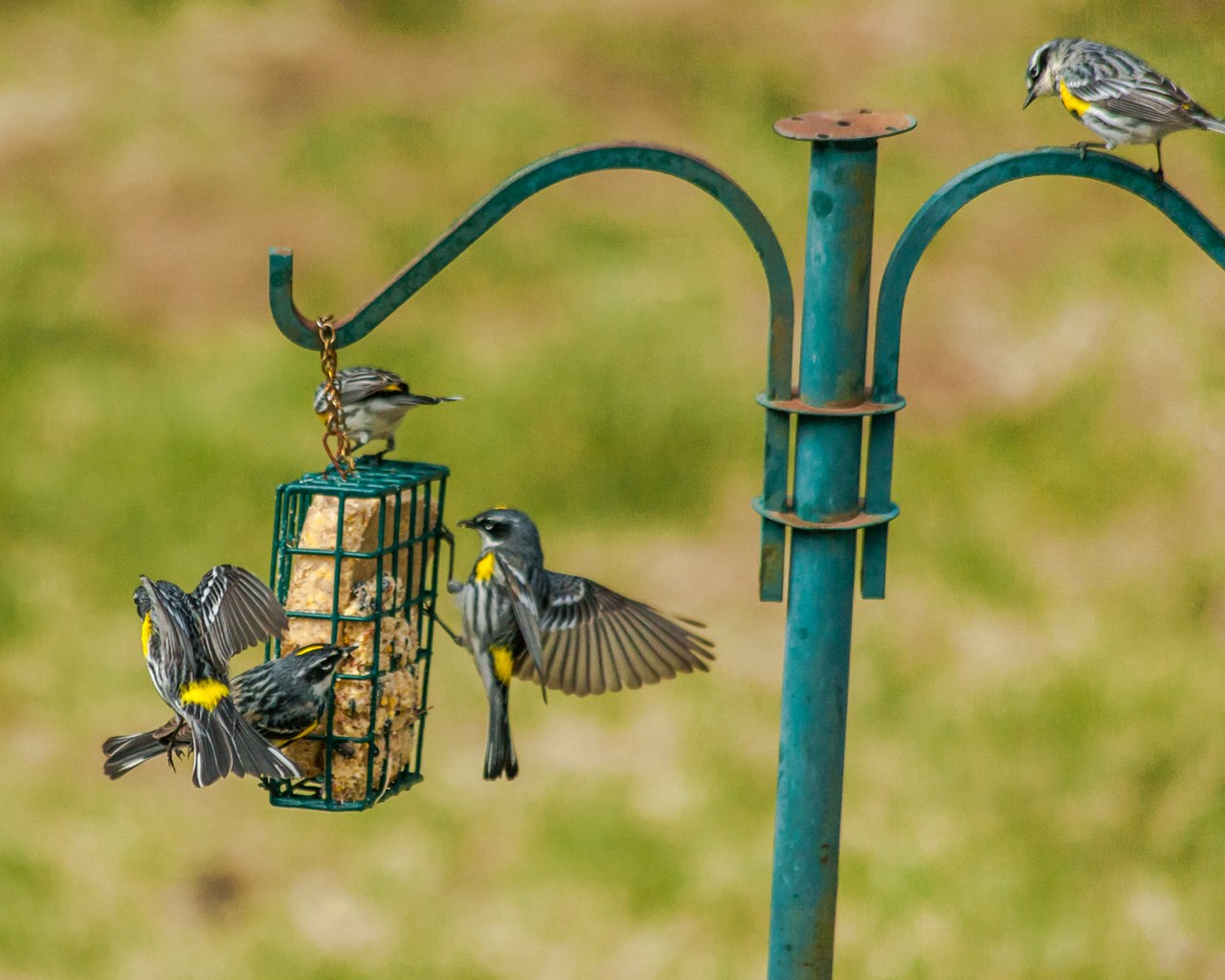 The yellow crown, shoulder, and rear patches on these yellow-rumped warblers (Setophaga coronata)
( By Paul VanDerWerf from Brunswick, Maine, USA - A Crowd, CC BY 2.0, https://commons.wikimedia.org/w/index.php?curid=70781642 )

This design shows Plumage in combination with other genes- a highly contrasting color was chosen to make it visible against the frill and hued points. The light pink/purple color is the plumage, accented with a darker pink/purple. Here it colors the cheeks, accents the frill, underlays the Lampworked on the tail, and colors the very tips of the front paws.

While plumage can appear anywhere in the feathered areas of a ketucari, it should not cover more than 30% of the total body area.

(Note re: other feather types: Plumage can affect the entire length of the tail and entire span of the neck, chest, and underbelly on Phoenix, Silkie, and Frizzle feathers, on all currently released builds)