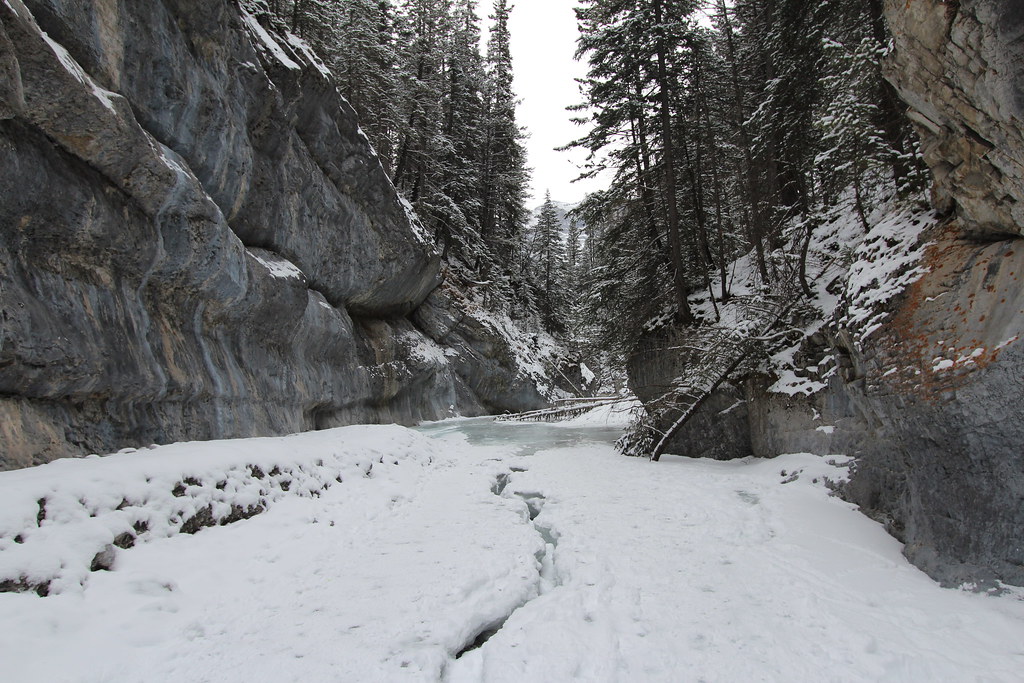 Inspirational Images:
The Ferokk Ravine is a treacherous mountain pass located in Aegrus. Along with environmental dangers such as rock slides, the Ravine is also plagued with hibridi thieves who have no qualms about taking a life for just one piece of gold. With plenty of places along the path to stage an ambush, those who have no choice but to venture through the Ravine would do well not to let their guard down.

These subzones may be claimed by packs!
The Frozen Cleft
Before the main path through the ravine can be accessed, one must navigate through a tunnel carved straight through one of the mountains. Gigantic icicles hang from the ceiling the ground is slick with ice.

The Eastern Ridge
The east wall of the ravine. The land beyond these cliffs is more readily accessible due to old bridges, stairs, and dwellings built into it. It connects to Jordskarn.

The Western Ridge
The west wall of the ravine. With the northern Blasting Moors on the other side, the Western Ridge is more rugged and difficult to navigate. However, it has more game due to having less traffic.

Foralkin Lodge
This massive hunting lodge was built into a gap in the Eastern Ridge. Hibridi nobles still come here from time to time in order to hunt big game. It would take someone very brash to try and claim the lodge as their own.

Broken Bone Rift
Before travelers can reach the Kanibar Snowfields, they must pass through one last obstacle. This narrow canyon is notorious for avalanches, rock slides, and mysterious crevices -- big enough to swallow a grown ketucari -- that appear and disappear at random. A death trap for the unlucky? Sure. A greheli user's neverending arsenal? Definitely.

Although she's the daughter of the judge Kalet, Draien is no warrior for good. Mischievous and sly, she is renowned for her hunting prowess and her tendency to set up traps for innocent passersby out of sheer playfulness. Unfortunately for her "playthings", her tricks are often deadly. The Ferokk Ravine gives her plenty of opportunities to see to both of her favorite hobbies. Draien's coat may not do much to hide her in the snow, but her ability to disguise herself as a shadow certainly does.

200 adventures must be made in this zone before it can be raided. This number is reduced per ketucari in an adventure image, not per image.

Toggle Spoiler
Vanna says:
"Aegrus is the most brutal continent in Velukaelo. There are many things here, natural and not, that want to kill you. The biggest obstacle you must overcome is the environment itself... though there is also magic to be had here. Deep in the Ravine, there's a waterfall and a pool said to be blessed-- or cursed-- by Zarakali. Rumor has it that if you submerge yourself in those frigid waters until you're near death, one of two things will happen. If you're lucky, the water spirits of this region will push you to the surface and, from then on, will assist you whenever you're in dire straights. If not, they'll drag you to the bottom and hold you there until you drown."

Depict your ketucari visiting the waters Vanna spoke about and taking part in the water spirits' test.

Draien says:
"So, you're a pretty decent hunter... but how are you when the roles are swapped? If you can evade me for a full day, I'll give you a boon in return for the entertainment. If not, you'll at least have the honor of being a trophy in my lair. I'll even give you a head start."

• Depict your ketucari navigating the Ravine to escape Draien, using nothing but their own craftiness.

• Depict your ketucari distracting Draien from her pursuit of them by using an innocent animal or person as a diversion.

Draien says:
"You look like an interesting plaything. I've seen your type hanging around those barbarians that frequent this area. Famed for your skill in hunting, are you? We'll see about that. Why don't you show me what you've got? If you live up to your peoples' reputation I might consider giving you a small token to help you on your travels."

• Depict your ketucari impressing Draien by hunting and taking down one of the Ferokk Ravine's fauna.

• Depict your ketucari  impressing Draien by hunting and taking down a person. You can use any of the races shown HERE, or take artistic liberties with ones not pictured.