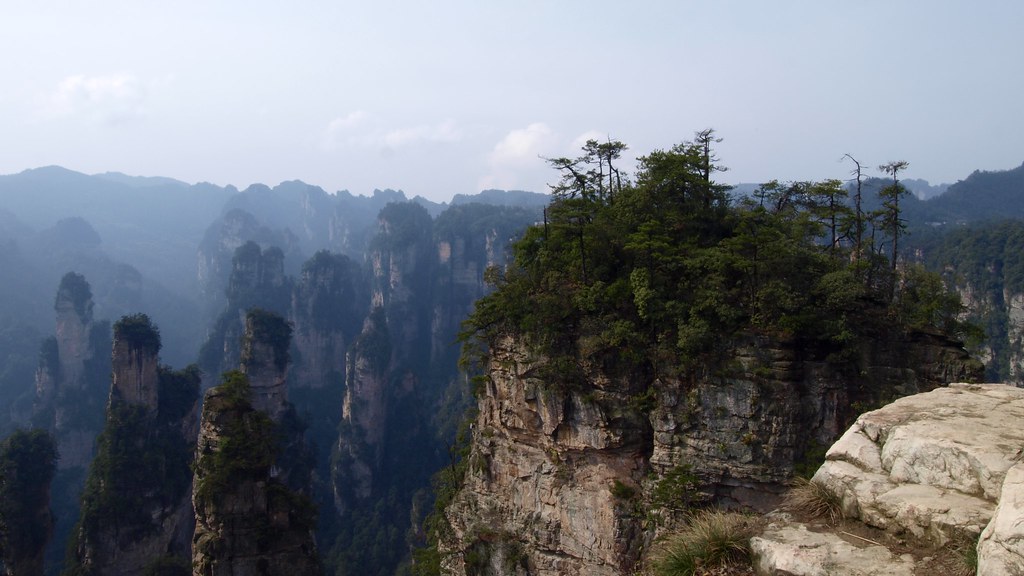 Inspirational Images:
The Singing Vale is a mountain region on the continent of Lucedar. It is high in elevation and consists of clusters of enormous sandstone pillars, dense vegetation, and villages dotted along winding mountain paths. At ground level, the Singing Vale boasts many streams and waterfalls as well as vibrant wildlife.

These subzones may be claimed by packs!
The Chorus
A distinct set of spires that the Singing Vale is famous for. When the wind blows these spires 'sing' at different pitches.
Glazed Garden
Slightly marshy, this area exists near the lake in the Vale. It is dominated by weeping willows, gorgeous flora, and at night, droves of fireflies.
Hianlian's Flute
Several closely grouped rock columns make up Hianlian’s Flute. The remains of rope bridges hang between the columns and man-made, room-sized holes have been carved into the columns, suggesting past habitation.
Ancient Arboretum
A sprawling, overgrown garden belonging to ancient Lucedarians. While nature has roughened the edges, one can still find wandering paths and ruins of ponds, conservatories, and decoration.
Oreki's Fury
The Singing Vale’s largest lake sits on a plateau high above, draining into the lowland by a series of gouges in the rock that have allowed waterfalls to form. Though these gouges have let life-giving water flow to the jungle below, they look suspiciously like the old claw marks of something enormous. Hianlian is a minor god who stalks the ground level of the Singing Vale. He is elusive and mysterious, but always seems to somehow have eyes on those who pass through his territory. Hianlian is greatly respected by the natives of the Vale and is often seen as a benevolent god, but he has been known to attack those who he feels are abusing the Vale's resources.

Rufio says:
"When you're in the middle of a battle, sometimes you just have to do what you have to do in order to make it out alive. Taking away your enemy's sight can save your tail in a tough spot."

Depict your ketucari blinding an opponent (another ketucari or animal) with methods that won't cause dire injury, such as kicking dust in their eyes.

Depict your ketucari blinding an opponent (another ketucari or animal) by injuring their eyes with their teeth or claws.

*This quest may be completed in any beginner zone.