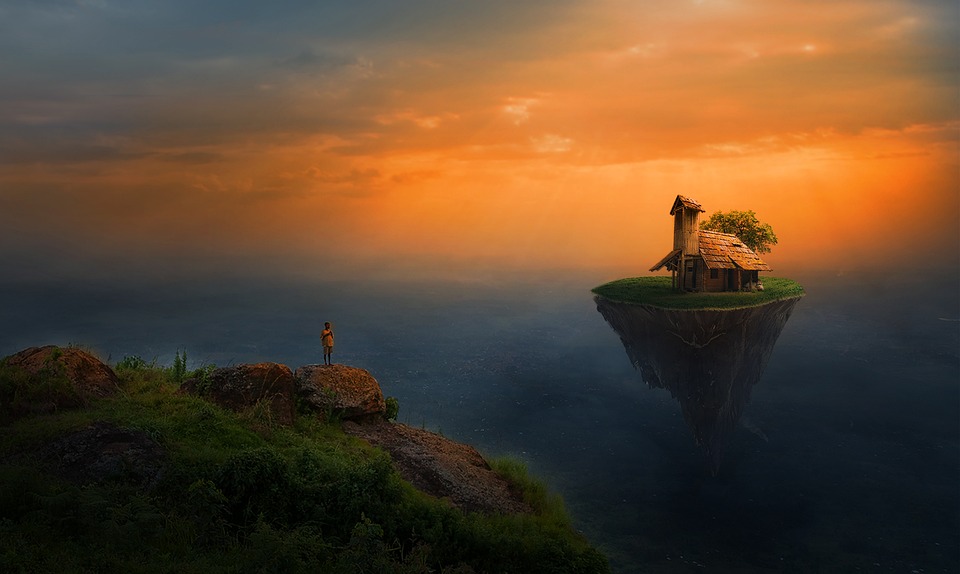 A zone not well known to many had recently exploded in popularity. Zolkanis, the land of floating islands and vastly beautiful salt flats. It is said the islands are held up by the magic of the domain guardian, others say it's simply because gravity works a bit strangely in these lands, whatever the case it's an incredible sight to behold.

The lands below the islands are vast grassy fields of wildflowers dotted with many many lakes fed by the waterfalls that cascade off the islands above. The occasional group of trees may be spotted but the lower lands are mostly flatlands with flowers and herbs as far as the eye can see along with the impressively beautiful salt flats.

The islands are a mystery, beautiful and dangerous, peaceful and filled with adventure all in one. They range in size from small to massive and are covered in forests and hilly areas, some even having elaborate cave systems carved into the hills.

Humans, heldyr and ketucari alike live among these lands, most villages being below the islands, though some dot the floating lands above. Many inhabitants have made a fortune by offering hot air balloon and caped wyvern rides to the islands, as those without Talik and Greheli may struggle to find a way to the islands above.

These subzones may be claimed by packs!

Souls Mirror: The direct middle of the largest salt flat location in Zolkanis, this area is hauntingly beautiful, the ground reflects the sky and whatever lays above it in such clarity that staring at it for too long has been said to cause visions, whether these are simply tricks of the eye, or something more, is unknown. Any packs settling here would be surrounded by beauty, but have to travel quite far for resources, its a harsh but easily defended location.

Duskfall Forest: One of the only, and largest forests found on the lowlands, the thick underbrush is perfect for mushrooms and other life to flourish, large abandoned burrows make perfect dens for a pack looking to settle there.

City Of Zolk: Zolkanis capital city, Zolk is located on the largest floating island in Zolkanis a few miles east from Hazefall. There's a large coliseum for gladiatorial events and a famous clock tower that rings on the hour.

Hazefall: Arriving at Zolkanis you’re likely to dock at the seaport city Hazefall, a small city built around canals and filled with fisherman and the like, it's common to travel by small boat through the canals along the city to get to places faster.

Wyvern’s Heart: An abandoned Caped Wyvern nesting site, large den holes and caves are carved into this floating island’s base, the top of the island houses a large lake and gorgeous fields of flowers, Caped Wyverns have been known to come back to this site at times, so it must be well defended for any pack that wishes to lay claim here.

Two different yet compatible personalities make up Igra and Yera, Igra is calm and wise, always one to think before acting, while Yera is entirely excitable and hot headed, both however agree 100% on most things, the biggest being that those who truly need it deserve protection.